At Year’s End, Here Are The Top Predictions for 2015 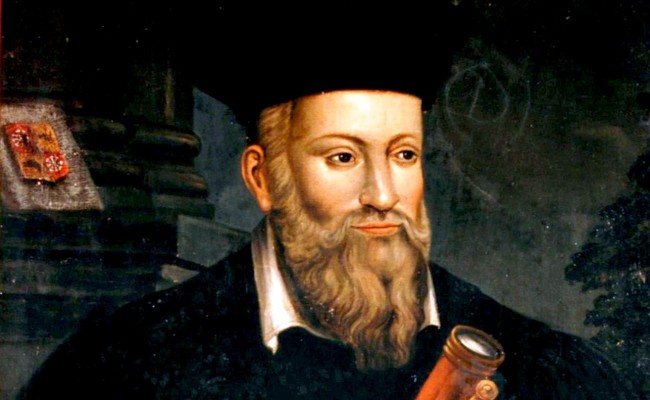 As another year rolls to a close, the holidays offer a prime time for predictions about the coming year to begin stirring. Traditionally, predictions of this sort have accompanied the New Year, as in parts of Europe where melted lead dropped into a bowl of cold water was among the ways people would seek to predict the outcome of the next twelve months.

Today, rather than divination and predictions of a clairvoyant variety, looking ahead has just as much to do with watching trends and spotting patterns in the world at large, whether they be economic, or systemic in relation to government, politics, etc.

Recently on The Gralien Report Podcast, we featured a segment where we discussed predictions sent along by a number of our listeners, in addition to popular ideas about the coming year that have been trending on the web. Below are a few of the forecasts we’ve acquired for 2015 at present.

Correy Kowall, who was recently a guest on the program, told us his predictions based on technological trends. “All new technology will be fearlessly incremental and profit motivated,” he said. “The pope will be assassinated by his own christian character. Nostradamus will be finally and conclusively proved to be inaccurate. He will be relieved of his position as soothsayer.”

Elsewhere, our long-time friend John Ward offered his concerns about the state of terrorism in the Middle East. “The terror that we will and have begun to witness on our streets will increase, which is not really a prophetic assessment, but one of realism, I’m afraid,” he says.

Our devoted “Gralien Newsy” Lindsay Morrison says, “I predict that people will practice the utmost kindness to each other and nurture themselves in the healthiest ways.” On a side note, it’s nice to hear a positive prediction, by the way, as it seems all-too-easy to allow the negativity of future cataclysms and existential threats saturate our outlook on the future.

A few other predictions that have been sent our way in the last few days:

Bradius: Politicans will still make us sick, people will argue on the internet, and maybe there will be a surprise new hot gadget.

Rob Zilla: More mass consumerism for the masses, and a whole lot of terrible music…. You know, that old chestnut

John Hrusovszky: 2015 will bring a verifiable alien intelligence ‘event’ of some sort that will convince those still ‘sitting on the fence’.

Dot Wurst: If it rains in September, it will be winter in December

Matt Cook: I predict I’ll most probably be drinking tea whilst the humans carry on being shity to one another.

Elias: 1) The price of gas will continue it’s slide downward until towards the end of the year then will start to rise again drastically and catastrophically. 2) The media will continue it’s distractions with stories like Ebola, North Korean hacking, Boko Haram kidnapping school children, missing jet liners, etc while the real news will remain under- or not-reported.

The website Inquisitr.com ranks an asteroid impact, or at very least, the institution of the Asteroid Terrestrial-Impact Last Alert System (ATLAS) among its more predictions for 2015, which also included a few estimates of the more fatal variety; these include dangers present with new technology, such as “potential advances in medicine and nanotechnology.”

Regarding the asteroid early-warning system, Inquisitr notes that:

“Although ATLAS cannot make any predictions for 2015, it can “provide one day’s warning for a 30-kiloton ‘town killer,’ a week for a five-megaton ‘city killer,’ and three weeks for a 100-megaton ‘county killer.’”

One of those potential doomsday asteroids was the mountain-sized Asteroid 2014 UR116. Initial computation seemingly suggested that the asteroid could cross the Earth’s orbit, but NASA’s Near-Earth Object Program Office at the Jet Propulsion Laboratory have ruled out the possibility of asteroid 2014 UR116 hitting the earth for at least the next 150 years.

The ability to detect potentially deadly asteroids in advance will be a step in a positive direction, obviously, as were many of the predictions offered by the folks over at Psychic Source, as reported here. Nice to see some brights spots amidst the often very bleak expressions we can generally expect to see about things yet to come.

What are your predictions about things to come in 2015? We’d be interested in hearing from our readers on the subject: you can email us your thoughts, or send us your predictions at our Twitter or Facebook pages.

One Reply to “At Year’s End, Here Are The Top Predictions for 2015”