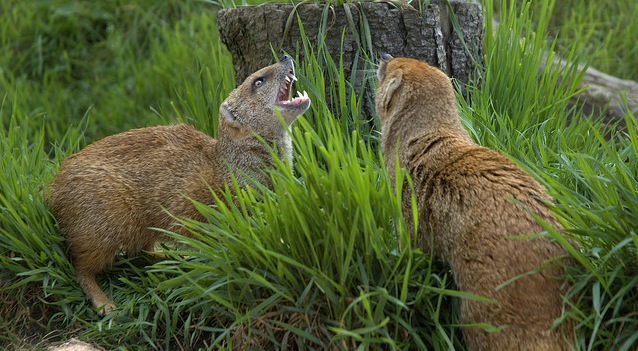 In old Indian traditions throughout parts of Eurasia, there is a belief that the mongoose is unique among other creatures of the wild. The reason for the animal’s apparent novelty, it seems, has to do with the notion that a mongoose, if trained properly, might be capable of learning to speak.

According to modern science, it is widely held that humans are the only species on Earth with a complex ability to communicate verbally. However, in a rather curious new development amidst the kingdom of animalia, scientists have suggested that the mongoose, a ferret-like creature indigenous to Africa and Eurasia, is actually capable of what are fairly complex forms of verbal communication.

As reported at the blog of the Sunday Mercury, “Scientists found that the monosyllabic call of the banded mongoose is structured in a similar way to vowels and consonants in human speech…