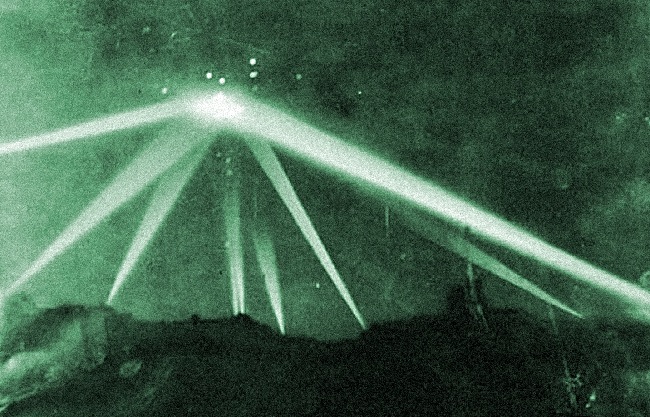 There is so much fantastic information available today pertaining to Fortean subjects and the unexplained. Thanks to their circulation among various websites, books, magazines, and other media, it seems as though the world today is just rife with unexplained peculiarities, all fit for the taking, should some curious researcher ever care to dig in, watch for patterns and parallels, and compile the proper data into a magnum opus of enlightened understanding. Doing so, it is feasible that one may come along soon and write the next great paranormal blockbuster: an esoteric expose’ illuminating the fringes of our existence to a broad base of readers and fans the likes of John Keel’s The Mothman Prophecies, Whitley Strieber’s Communion, Loren Coleman’s Bigfoot: The True Story of Apes in America, or Brad Steiger’s Shadow World series.

However, the task of successfully compiling a unique blend of source materials for a project like this doesn’t come without its difficulties. Namely, when digging through the multitude of information made available today by the Internet, there exists a routine process of having to separate the proverbial wheat from the chaff. In other words, not everything made available to the curious researcher is factual, and even some of the most reputable-looking source material can turn out to be pure fabrication when examined closely.

One recent instance where I had been pondering over such curiosities had to do with a peculiar newspaper excerpt, allegedly printed in The Reno Evening Gazette on February 26, 1942, with regard to a now-infamous circumstance among ufological circles: the so-called “Battle of Los Angeles.” In the excerpt, which I first learned about through a couple of blogs and websites which had posted it, the claim is made that some witnesses to the event managed to see an aircraft illuminated by searchlights which resembled “a giant butterfly.” With its obvious ties to Fortean curiosities like Mothman, I was immediately intrigued, and decided to see if I could find a copy of the issue in question stored on microfilm, or even a scanned version available online. After a little hunting, I did find the newspaper, and to my satisfaction, found the article on the front page, titled “Los Angeles Confused Over Air Raid Alarm.” My excitement grew as  I began reading over the piece, anxious to find other details about the sightings of this “giant butterfly” that terrorized southern California during wartime.

Indeed, I found there were a number of strange circumstances discussed in the article, many worthy of deeper consideration. For instance, the slow speed the craft was moving seemed very odd, considering the fact that it was apparently bombarded with artillery for a half-hour straight upon being spotted. If it had been a blimp, as some suspected, thirty minutes of being blasted by anti-aircraft guns on “a twenty-five mile front along the coast” should have brought it down. Then, after a brief period of ceasefire, gunners resumed fire intermittently for another ninety minutes–and STILL failed to bring down the object. What kind of blimp–or anything else–could withstand a force of this magnitude?

That said, my curiosity was momentarily replaced by astonishment until, upon finishing the article, I was surprised to find no mention, whatsoever, of any “giant butterfly.” Thinking I must have somehow misread the article, I went back and looked over the entire piece again (beginning on the front page, and continued on page 7), but still to no avail. I followed that course of action by then looking through all 13 pages of the February 26th Reno Daily Gazette, hoping there might be a second piece with further witness testimony included as well. Although page 6 featured a photograph of a gentleman identified as “H.O. Landis” kneeling in his garage, studying damage sustained from falling shrapnel, still I found no mention of any “giant butterfly.” Could this report of a strange cryptid/ufological phenomenon associated with the phantom “attack” on Los Angeles in 1942 have been taken from a different news source, perhaps attributed wrongly to the Reno Evening Gazette? This seems very possible… similarly, there is the chance that it could have been an exaggeration all along; perhaps something based on rumor and hearsay, which eventually found its way onto the web and became widely circulated.

In truth, the entire matter regarding a UFO component being associated with the air raid over Los Angeles in 1942 might do well to undergo a bit of harsh scrutiny; as I detailed in an article on the subject over at Mysterious Universe, it is well known that there were indeed meteorological balloons in the air over Los Angeles at the time, an element which many researchers have systematically overlooked, or perhaps refuted outright as being part of a “coverup”. The woefully consistent presence of such atmospheric monitoring equipment in relation to many of history’s “best” UFO cases, ranging from this one, to that of the famed and deadly Mantell incident (which Edward Ruppelt himself wrote had resulted from a large weather balloon Mantell had unsuccessfully attempted to chase to high altitudes in his plane) prompted the following observation: “it is almost troubling how often (and convenient) the appearances of weather balloons seem to be in conjunction with popular UFO reports.” Troubling indeed, especially when they are overlooked.

In the study of Fortean mysteries, one will find that exaggerations of this sort happen a good bit. For me, it lends to the theory that almost nothing is too good already for humans who witness something extraordinary: they’ll almost inevitably have to amplify at least some of the details. I dealt with a similar instance of this in a recent post here at The Gralien Report, where I discussed some of the peculiar stories associated with Admiral Richard E. Byrd’s excursions to the North and South Poles. For years, I’d heard reports of Byrd and his crew discussing the presence of areas in which near-tropical temperatures existed, as well as openings to underground realms, especially in Antarctica. Though digging through the official, verifiable data on expeditions such as the US Navy’s Operation Highjump turns up little in the way of lost realms, extinct animals and lost races of this sort, there are actually references, made by Byrd himself, where he described how he and his crew had “seemed to have dropped out of the twentieth century into a landscape of thousands of years ago when land was just starting to emerge from one of the great ice ages.” Obviously, one’s imagination could easily run with such sentiments; point in case, this is almost exactly what international press officials did at the time (for more on this, read my article “The Odd Exploits of Admiral Byrd: “Bitter Reality” At Earth’s End?”).

To point out how exaggeration, misinterpretation, and the proliferation of urban legends can often occur is not meant to indicate that there are no truths present in the study of phenomenology. Instead, when armed with a discerning eye, the ability to catch factual flubs will only strengthen the argument on down the road. After all, once the war of ideas has been entered, facts are the very best weapons available… but they won’t manage to score you any points if they’re not accurate!

For a follow up on this article, see the related post, “Battle Over Los Angeles: The Flutter of Black Wings Continues.”

This article was originally featured at gralienreport.com on October 27, 2010 under the title, “Fortean Fallacies: Bad Evidence, Misinterpretation and Urban Legends.”