Beyond The Known Returns… and Guess Who’s Writing? 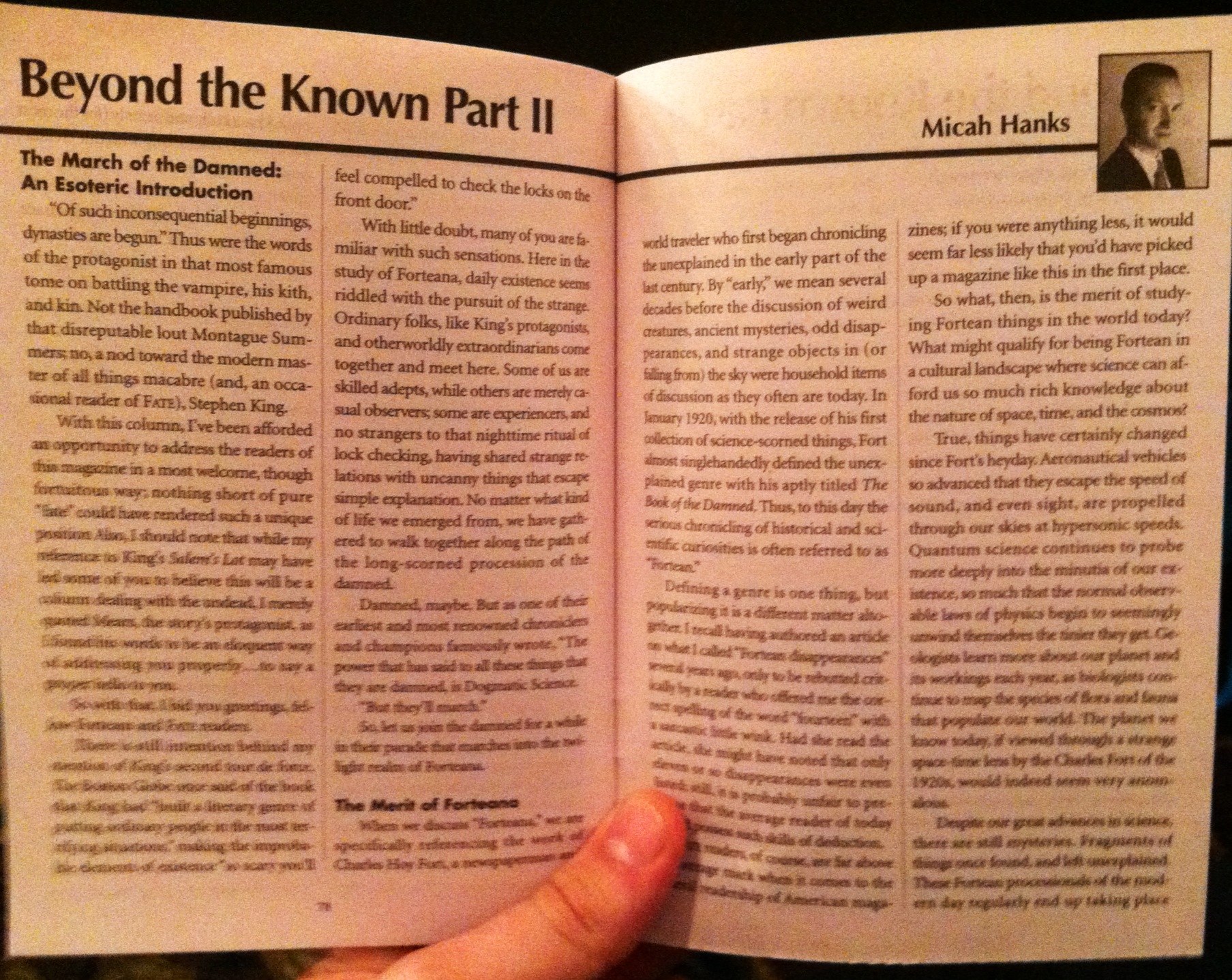 Gralien Report readers know that our friends at FATE feature some of the finest articles and content on the unexplained, in addition to true stories from their readership about personal experiences with things which seem to reach to us from beyond those things which are known conventionally according to modern science.

A few years ago, this concept had become a regular column featured in the publication by the late writer of all things Fortean, John Keel, in his “Beyond the Known.” Some time ago, Phyllis Galde contacted me and suggested not only that I consider doing a new column for FATE, but also one that would nod to Keel’s work with the magazine over the years, and continue in the tradition of newsy, and at times rather skeptical Fortean studies the likes of which John offered during his later years.

I’m proud to be able to say that in the latest issue of FATE, the new column, authored by yours truly, has made its first appearance, under the title “Beyond The Know, Part II.” In it, we’ll examine Fortean mysteries, strange happenings and disappearances, and the very sorts of things Charles Hoy Fort, the father and inspiration behind this thing we call “Forteana,” would have written about.

Above is a bit of a sneak-peek at what you can expect in every future edition of FATE Magazine, with the addition of my new column. If you like what you see, you can learn all about FATE, and even subscribe to the print or e-edition of the magazine at their website, www.fatemag.com.

2 Replies to “Beyond The Known Returns… and Guess Who’s Writing?”