What’s That in the Lake? A “Creature,” or Something Else? 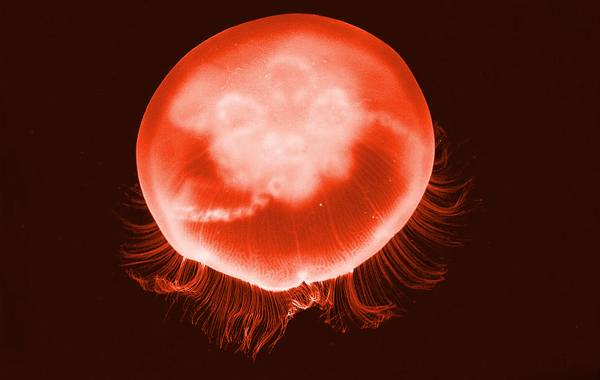 A bizarre piece of footage out of Lithuania has been making the rounds on the Fortean blogsphere, which depicts an unusual wintertime occurrence as an odd, reddish “jellyfish” can be seen moving about beneath the surface of a mostly frozen pond.

The footage was uploaded in January by the YouTube user “BruchoMetal4Ever,” who notes that while most of the pond in the video had been frozen, the portion in the center was warm, despite the freezing temperatures, and that evaporation could be seen lifting off the surface of the water at the time the footage was made.

Further evidence of the warm temperatures can be seen as a large frog swims by halfway through the video, but what would have allowed such warm temperatures in an otherwise frozen European pond? Did an extraterrestrial jellyfish crash land here, melting the ice and stirring the local amphibians out of their seasonal hibernation?

More likely, for the water to have been this warm in otherwise freezing temperatures, a source of geothermal spring water emanating from beneath the pond would have to be present. This factor not only could easily explain the unseasonably warm temperature of the water, but also may offer insight on the strange reddish blob appearing within. 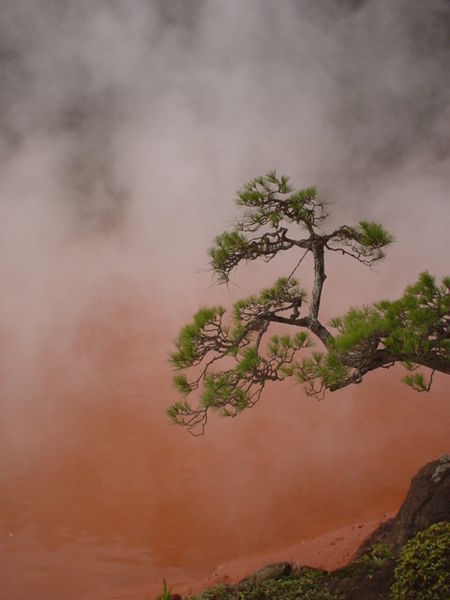 In addition to the warm water, another common feature of geothermal hot springs is the presence of minerals, carried to the surface from within the earth as the hot water, naturally possessing more dissolved solids at this warm temperature, moves past layers of rock and mineral below the ground. The varieties of minerals that can be present within such springs range from calcium and iron, to even that of radium, a radioactive alkaline earth metal. Due to the presence of these various minerals that occur in hot springs, there are some locations around the world that boast an extreme discoloration of the water, such as the “blood springs” or “fountains of hell” near Beppu, Japan, as pictured to the right. Geothermal springs like this one are noticeably red in color due to the heavy presence of minerals like iron, giving the water an eerie glowing appearance.

With the case of the Lithuanian “jellyfish,” it seems that the discoloration observed at the base of the frozen pond may have stemmed from similar “plumes” of mineral-rich geothermal water rising from deep within the Earth, with the red clay that forms along the base of such lakes and ponds a similar source of the intermittent discoloration as it bubbles up from beneath. Here, while it is certainly strange looking, we aren’t observing the arrival of an extraterrestrial Elder God here on Earth… yet, at least.