The notion of the “humanzee”, that is, a hybrid resulting from the cross-breeding of a human and a chimpanzee or other ape, seems to be a popular topic in the outer circles of cyptozoology and fringe science today. I’ve addressed the subject a few times before in Gralien Report articles (one of which may be viewed by clicking here), and although the majority of the topics I address on this blog don’t have to do with human-ape hybrids, I still generate a huge number of hits to my website on a weekly basis from people using Google to search for key terms that include “Humanzee”, “Chumans”, “ape hybrids”, “Ivan Ivanovich”, and other names and phrases related to the controversial subject. Never before has the existence of a true hybrid between the species been confirmed, nor does hard evidence exist that supports theories that such would even be possible. Still, many scientists nonetheless feel that human genes are similar enough to that of a chimpanzee to allow breeding to occur with some degree of success, likely on par with that of a mule, the sterile offspring which results from mating between a male donkey and a female horse.

One of the leading activists to speak out against experiments that might involve inter-species breeding with humans and apes is Dr. Calum MacKellar, director of research at the Scottish Council on Human Bioethics, who this past April warned of a “controversial draft Human Fertilisation and Embryology Bill” which did not specifically place restrictions on human sperm being inseminated into animals. MacKellar argues “if a female chimpanzee was inseminated with human sperm the two species would be closely enough related that a hybrid could be born.”

Indeed, there are many instances throughout the last century where experiments were planned which may have proven conclusively whether creation of a “humanzee” were possible, though according to public records, none were seen through to completion. However, does this mean that there couldn’t have been other instances where interbreeding took place at other times?

Timeline of the Planet of the Apes: The Definitive Chronology

For instance, ancient Rome hosted what historians call some of the “most explicit recorded incidents of public sex involving humans and animals activity”. Sadly, these instances of zoophilia entailed torture and rape displayed during the Roman games and circus for entertainment purposes, where slaves, criminals, and enemies of the state were often turned loose to contend against exotic wild animals with ferocious appetites that constituted more than mere hunger. “Beasts were specially trained to copulate with women: if the girls or women were unwilling then the animal would attempt rape… On occasion, the more ferocious beasts were permitted to kill and (if desired) devour their victims afterwards. Chimpanzees and mandrills were popular animals used during such horrific acts; in many cases, the apes were given wine to further enrage or otherwise provoke them into engaging in such activity with humans, in addition to the victims’ genitals being covered with the scent of urine from female chimps, baboons, or mandrills. As grizzly as the notion may be, perhaps it is fortunate that most of the victims in these circumstances were killed afterward.

There are however, other instances of alleged sexual relations between apes and humans which took place on a consensual basis. For instance, Pietro Damiani’s 11th Century manuscript “De bono religiosi status et variorum animatium tropologia” describes how St. Peter Damian claimed he was told about an incident by Pope Alexander II that described a love affair between the wife of a “Count Gulielmus” and his pet chimpanzee. Damian even described having been shown an offspring, which was alledged to be none other than that of the ape and woman! According to legend, the ape became “mad with jealousy” upon entering the bedroom one day and seeing the count making love to his wife, at which point the creature attacked and killed him. However, as fantastic as this legend sounds, it is no surprise that any verifiable historical basis for the story remains inconclusive at best.

In keeping with the notion of human-ape hybrids, I find it interesting that Medieval art tended to show an inclination at times toward the portrayal of hairy “half-humans” as well; take for instance the Woodwoses popular in art from the 16th century, as discussed last week on this blog. There are a number of strange instances where individuals covered with hair are depicted 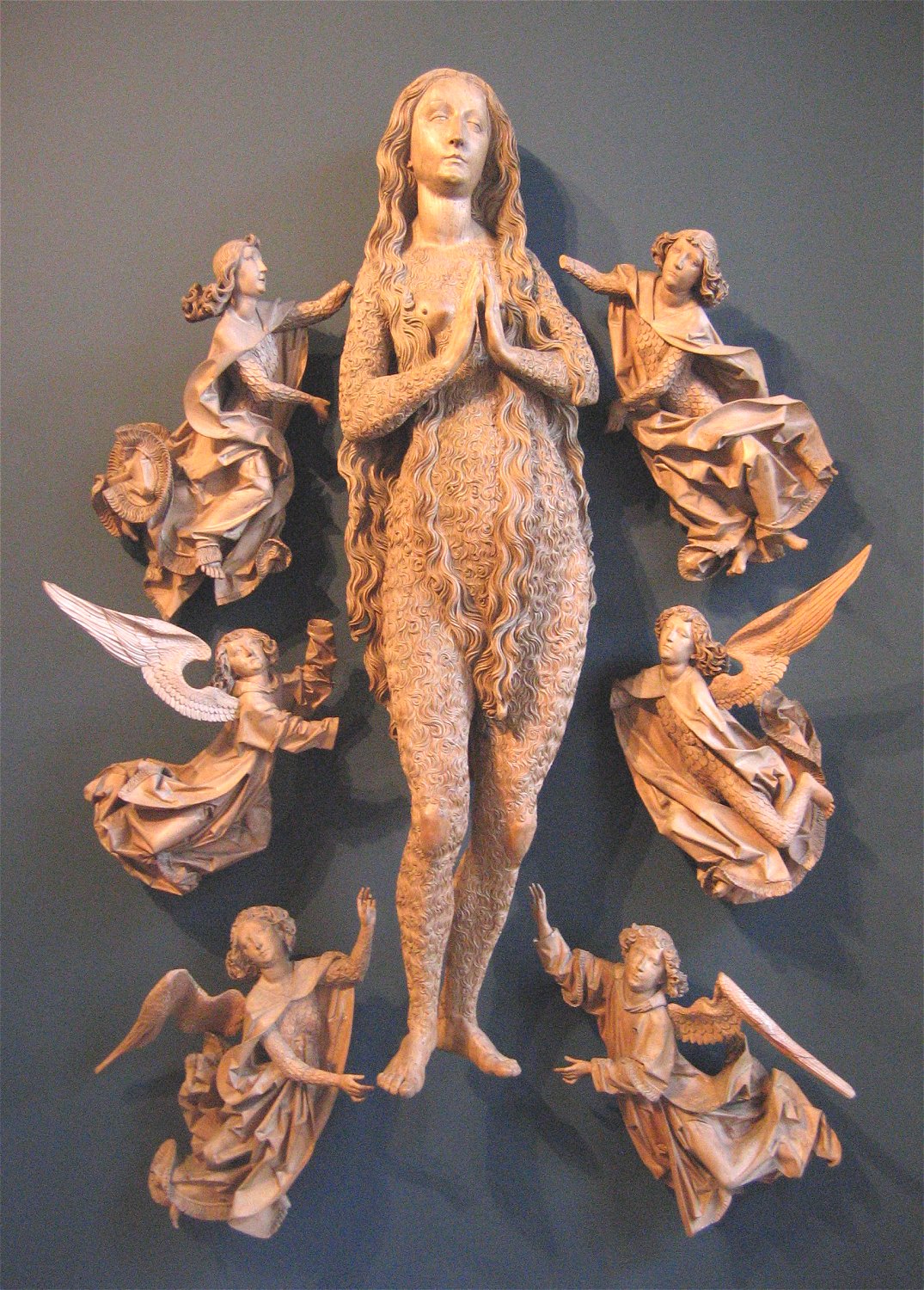 in the art of this period, and one which comes to mind is Tilman Riemenschneider