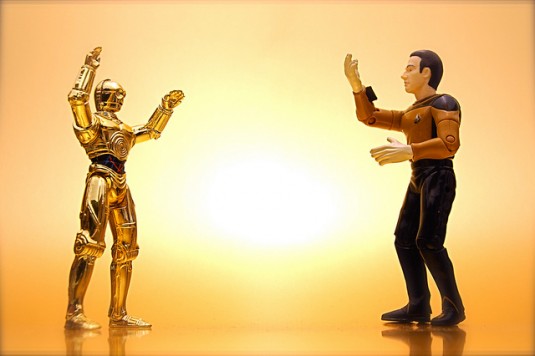 Congratulations to all of you who survived Black Friday out there… I trust things went well for you in that regard (whereas I, for one, elected to remain indoors for as long as possible, as a few of you who may have seen my Black Friday editorial over at Mysterious Universe may have already ascertained).

On the heels of that grimmest day of holiday shopping that transpires annually, today is something of a holiday all unto itself; known rather informally as “Cyber Monday,” an occasion when geeks take to the streets and scour department stores and shopping malls for great new deals on electronics goodies and gadgetry.

Thus, in keeping with the spirit of technological growth and innovation, I thought there may be no better way to celebrate such and underrated holiday of glowing geekdom than to look at the multitude of headlines this morning that appear to be pointing toward the imminent rise of machine intelligence, and the potential takeover of smart robots that employ artificial intelligence in a complex array of neurobics that challenges the thinking capacities of the human mind’s fragile biology… or worse, maybe they’ll just enslave us and turn us into hamburger meat… who knows.

A new Center for the Study of Existential Risk will soon be opened at Cambridge University for just such purposes of looking at the dangers associated with the rise of intelligent machines. The British Daily Mail recently reported:

Huw Price, Bertrand Russell Professor of Philosophy and another of the centre’s three founders, said such an ‘ultra-intelligent machine, or artificial general intelligence (AGI)’ could have very serious consequences.