12.15.14. Threats of Artificial Intelligence on The Gralien Report 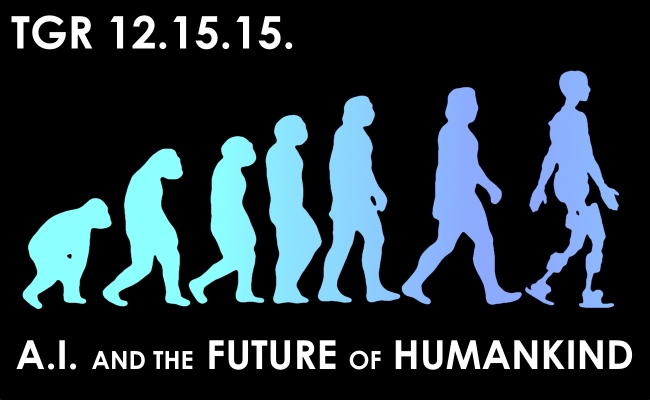 This week on The Gralien Report, the lads in the bunker examine strange reports of “sleeping sickness” that have been occurring in Kazakstan for years, at the former site of a top-secret Soviet mining operation. Elsewhere, the mysterious origins of Earth’s water, and listener opinions on whether a “secret space program” might exist are all on the table.

Then in hour two, the question on our minds is whether artificial intelligence will eventually destroy mankind, as has been professed by many in the media. To help address this subject, we are joined by Correy Kowall, an artificial intelligence researcher who has worked with the Swiss AI Lab IDSIA, a non-profit oriented research institute for artificial intelligence. Kowall holds a Bachelor’s in Computer Science from Northern Michigan University, and was the first recipient of the Post Growth Challenge for his design of a self-replicable solar kiln. He will begin his Ph.D. studies at St. Andrews in late January.

You can read Correy’s blog here, as well as his academic profile here. He has also published articles on the subject, such as the piece titled “AI Doomsaying is the Self Loathing of Jerks“, which appeared in H+ Magazine that can be read here and here.

Be sure to check out our daily news updates, as well as our Twitter and Facebook pages. For more weekly shows and other content, also check out Gralien X, which offers monthly subscriptions for just $7. Go beyond the bunker… you know you want to.