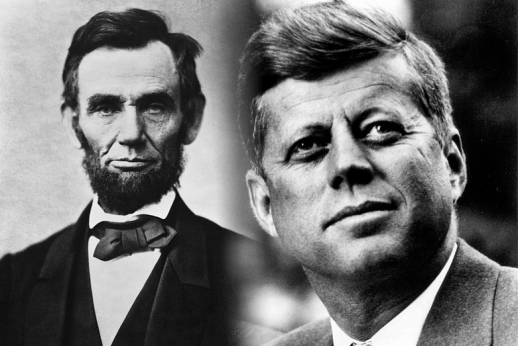 This week on The Gralien Report Podcast… more than four score and seven years ago, after some 150 years in fact, a Pennsylvania newspaper retracts the statements an editorial put forth in criticism of Lincoln’s famous Gettysburg Address. Meanwhile, the anniversary of this historic occasion comes within days of another historic event’s anniversary… but how many real parallels are there to be found between the lives of U.S. Presidents Abraham Lincoln and John F. Kennedy?

Then during hour two, did JFK really have “a rendezvous with death?” What about the letter to Pierre Salinger which allegedly “predicted” Kennedy’s fate less than one month before that fatal day in Dallas on November 22, 1963? All of this, and more, are explored on this week’s edition of The Gralien Report Podcast.

And for those history enthusiasts in the audience, you may also find the following primary sources of interest…

Camera-stalking the Sasquatch in his native environment

Snopes deconstructs the similarities between Honest Abe and Camelot’s Lancer… but how many are true?

Did this prophetic letter allude to what awaited Kennedy in Dallas?