Ghosts in the Mirror: A Reflection of the Past? 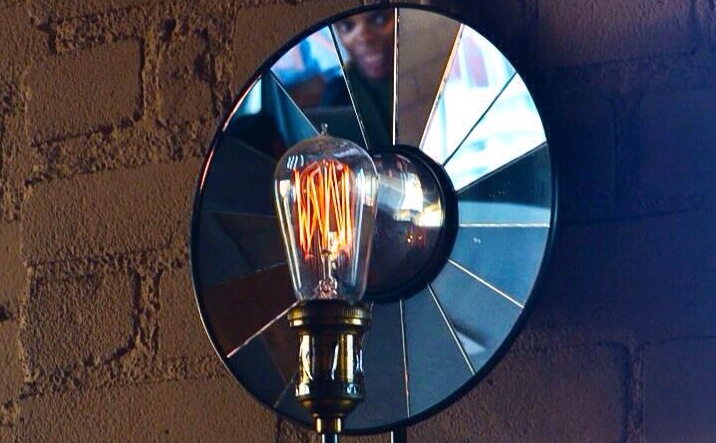 Recently one of our Gralien Report listeners, Sylvana, contacted us about a strange image (above) that appeared in a photograph she took while visiting the Amsterdam Brewhouse, a restaurant in Toronto, Canada. After hearing about a previous Gralien Report Podcast where we discussed mirror gazing and ghosts appearing in reflective surfaces, she reached out and sent along a copy of the photograph, as well as her commentary on the circumstances that led to its capture.

You will see the face near the top of the circular arrangement of glass shards on the artwork featured in the photo. Had a member of the waitstaff been passing by at precisely the right moment? Was this a reflection of something else nearby, which merely resembles a face? Or is there another explanation? Below are Sylvana’s notes about the photo and how it was captured, which detail very thoroughly her research into what may have caused the image. At present, its origin remains undetermined.

I met with a Facebook friend to have dinner (my husband had work commitments so he didn’t attend). We walked along the harbor front taking photographs, and decided to stop and eat at the Amsterdam Brewhouse at approximately 6.50 pm.

We ordered dinner, and I love to share my adventures on social media so I take pictures all the time. I saw the sconce and love steam-punky stuff so I took a picture of it. I was sitting side-on to the sconce, and my friend was facing it. I turned and took the picture.

The only people anywhere near me when the photograph was taken was my friend, facing the sconce, and me side on. No one behind us or around us.

The next day I cropped the picture and placed it on all my social media but didn’t notice the face. I was inundated with private messages asking about the “creepy face” (everyone is describing it like that). When I finally saw it, my stomach turned.

The next night I made my husband take me back the the Amsterdam Brewhouse and I approached the wait staff and showed them the picture on my iPad. Their response was like mine, creeped out. Even though there was a private party and it was busy they led me to the table to look at the sconce. That table was empty despite the crowd. We all sat with the iPad open at the table and tried to reenact the picture. Within seconds, knowing and seeing it was impossible.

Freaked out, I sent the picture to a friend that is a video production specialist. He broke the picture into shards on the screen. He explained that each shard of the sconce was reflecting normally. The centre of it was concave and the images in it were upside down, also normal. The one shard that wasn’t normal was the one with the face…he said it seemed like the face was not reflected but was inside the shard. He could not explain the anomaly.

The sconce mirror is no bigger than a dinner plate. The shards are no bigger than 10cm at the widest part. The face is perfectly centered. The face seems to have a white stripe across the nose and face, and seems to be indigenous in appearance. There was no way we could reenact that reflection due to the size of the shard and the perfect centering of the face. The Amsterdam Brewhouse has offered to review surveillance tape of the night but are at a loss to explain the image. Based on our examination, to recreate the image the figure would need to be approximately 70cm away from the shard.

All the images are raw shots direct from my Nikon D5200. It was still light enough inside for the automatic flash not to activate.

So what was the cause behind the strange face appearing on the sconce hanging near Sylvana’s table? Would an examination of the surveillance video from that night help determine how the image was created, and if not, what could be the source of the face in the photograph?

Below are additional images Sylvana took, which include a photo of the building from the outside, as well as an un-cropped version of the image containing the unexplained face. If you have any ideas about the face in the image, send them along to us at info@gralienreport.com. 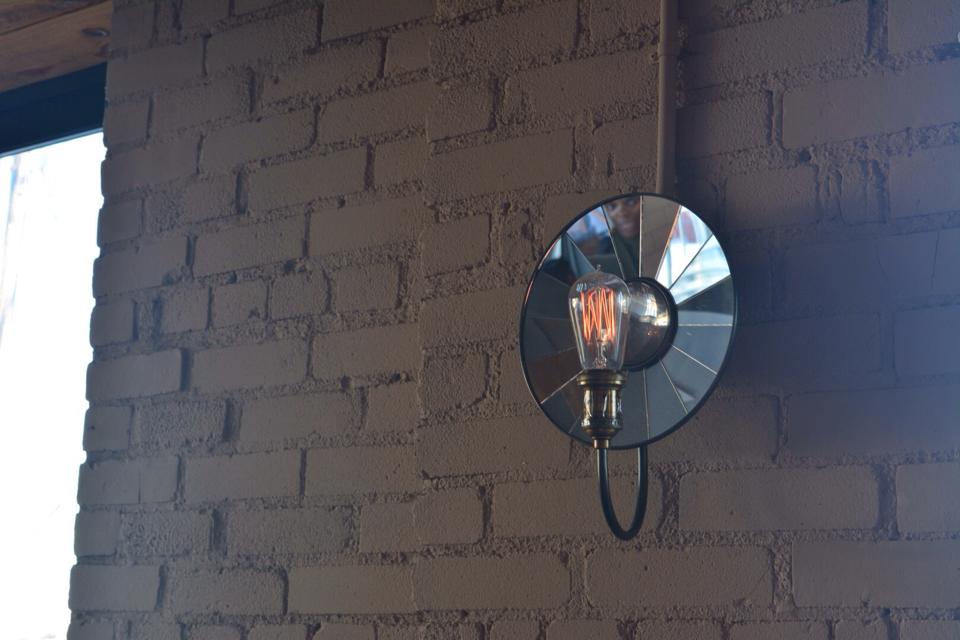 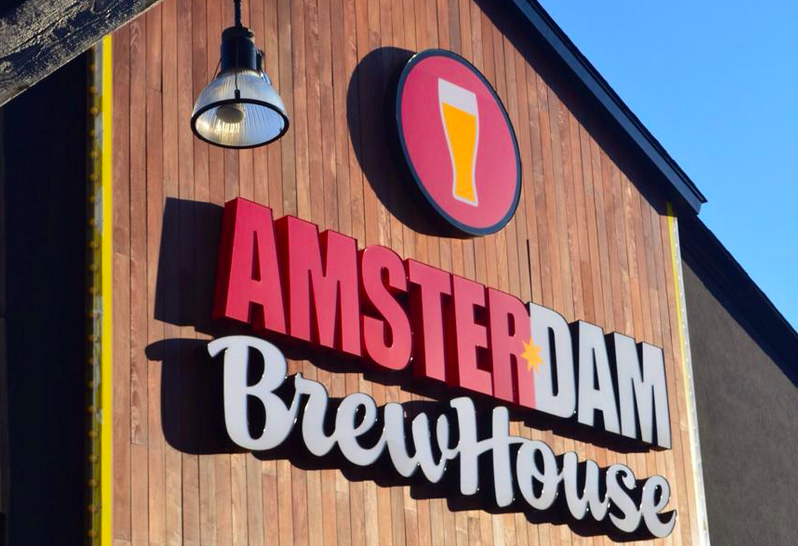 20 Replies to “Ghosts in the Mirror: A Reflection of the Past?”