A Trip Through Megalithic Ireland with James Swagger

In conjunction with our announcement that The Gralien Report will join History Trippers this June for a special tour called “The Ancient Megaliths & Sacred Spaces tour of Ireland“, our guide, researcher James Swagger, decided to give us a taste of what those joining us can look forward to.

The tour will be June 12th through the 23rd, 2015, and James Swagger, a native of Ireland with long-time interest in his country’s megalithic sites, will be joined by Micah Hanks of The Gralien Report, along with hosts Scotty Roberts and John Ward of History Trippers. Also joining the tour is special guest Barry Fitzgerald of Ghost Hunters International, whose research into the mysteries of the Emerald Isle go far beyond just ghosts and the paranormal, with interest in ancient megalithic locations and the country’s folklore.

Described as, “an off-the-beaten-path adventure into the megalithic past of ancient Ireland,” attendees can expect to experience the “thin places” of the Emerald Isle, “where the spirits hang heavy, the megalithic stones stand tall, and the magick of the Fae still abounds.”

Space is limited for this event, so to learn more, visit Exodus Reality Tours for details. 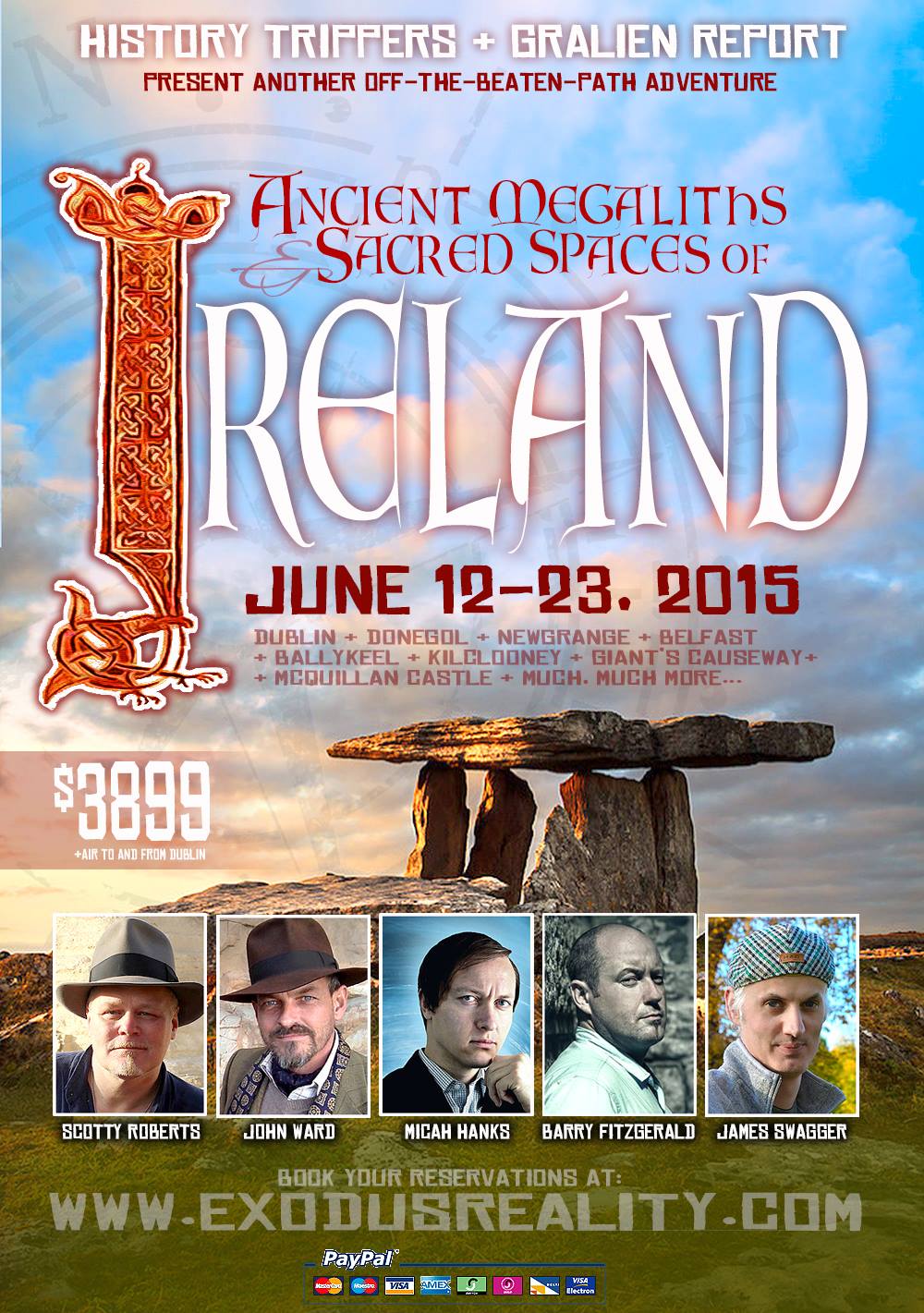 2 Replies to “A Trip Through Megalithic Ireland with James Swagger”